All photos in the stories are original images and are the property of septembredebut.com. Please ask permission to copy or publish and acknowledge the source.

Santiago de Chile. One last day before the journey to the fin del mundo is over. We don’t know the city at all and it seems too huge for a quick sample, so instead we plan a day trip to the coast and drive through the flowering fields of Californian poppy, vines, orchards and a national park forest to the port city of Valparaiso.

“Valpo” has been described as gritty and groovy. It is both. Many of the city’s iconic and historical neighbourhoods and buildings have seen better days.

Prior to the opening of the Panama Canal it was certainly a very significant 19th Century port town and the architecture  reflects the influence of its  European immigrants and also, its naval importance.

There is now much urban renewal and the fortunes of the city are again rising. Many of the buildings in the faded hilltop “hoods” are being revitalised. 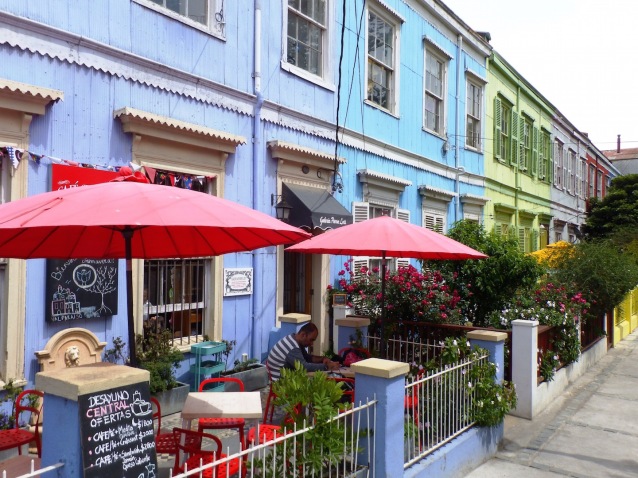 Valparaiso is definitely on the tourist route in summer.

With its historical buildings and monuments, arts scene, shops, cafes, bars, boutique hotels and nightlife it does not disappoint. 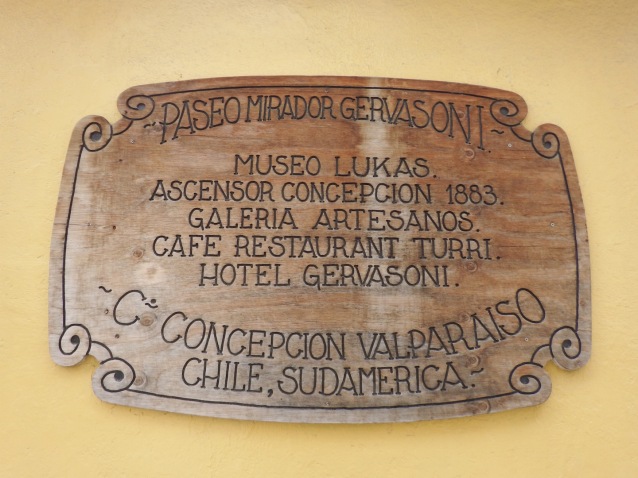 The funiculars  – the oldest operating since 1883 – provide quirky, creaky  access to  locations such as Cerro Concepcion.

Side by side are beautifully restored  colonial buildings,  brightly painted houses with their bohemian vibe,  walls of street art and political graffiti.

As in many other places in South America, sleeping dogs lie undisturbed in any convenient spot.

Back in Santiago on the last evening before our departure we sample just a little of Barrio Lastarria before dinner.

A stroll in the park close to the hotel, an appreciation of colonial influences on the architecture  (Museo de Bellas Artes); then an empanada and a pisco sour, the music of a street performance ……..the journey is over.